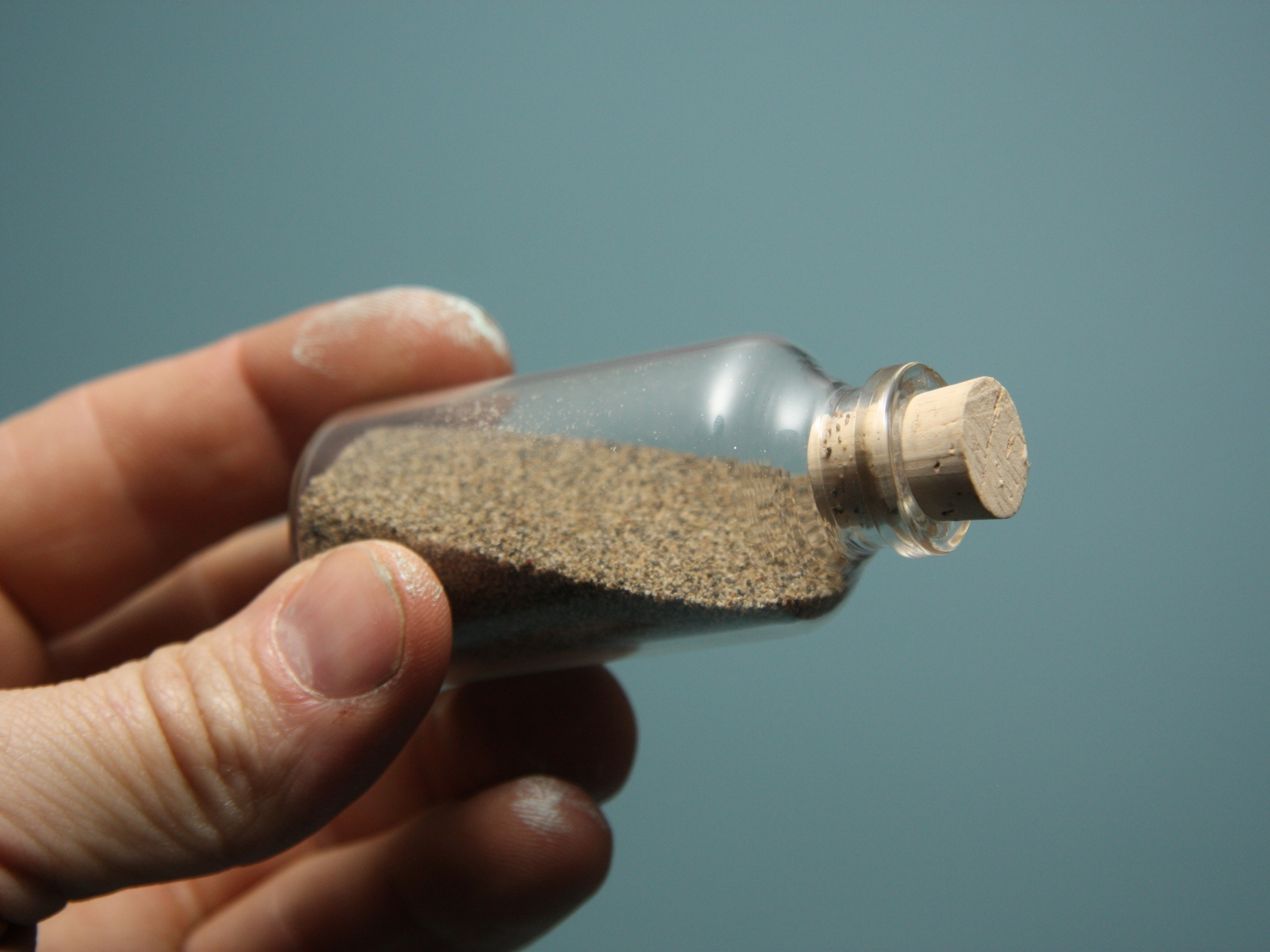 After the great fire of 1886, Calgary turned to sandstone as a more reliable building material.  Between 1900 and 1920 approximately 20 schools were built, one of those was the King Edward School. This school is now the site of this publi 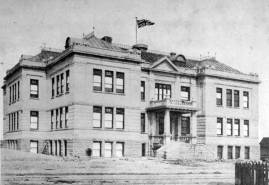 c artwork called Yesterday, Today, Tomorrow, and the catalyst for the use of sandstone as a medium in the work. Sandstone became a means to show the transformation from a historic monument, such as the school, into the modern arts incubator that it is becoming. We were interested in bringing focus to the natural transformation processes which can take upwards of many thousands of years, and their counterparts, the smaller increments of time that make up our individual days. The hourglasses represent the passage of time and how the King Edward School is going through its own transformation in time.

Through the construction process of the school, there are leftover chunks of sandstone that were reserved specifically for this project, so part of our artwork was to utilize this available material. Nowadays, mass-produced hourglasses use tiny, synthetic glass beads, but in this project we thought that using sand made from the sandstone would create a direct link between our sculpture and the building. The process of breaking down sandstone is symbolic of the passage of time that we were investigating in this project. In our research we found many problems and challenges with using natural sand in hourglasses. For one, sand is angular and has a tendency to grip onto itself, thus making its movement inconsistent, which changes the accuracy of the time. This is most likely the reason that it was not continually used as a timekeeper as our modern societies were choosing universal time over relative time.

Our other task is to break down the sand into a small, consistent grain size. While working with a company called Wildrose Geological Supplies, we gained insight on how to filter the sand, and effectively remove all the carbonates from the sandstone to make a material that will consistently flow through the hourglass without blocking the aperture of the glass.

During the fabrication of this project we will be taking the large blocks of sandstone, breaking them down into smaller chunks, and then crushing the chunks down into a granular consistency. After this process, we will remove most of the water-soluble carbonate particles by washing with water. The rest of the carbonates are removed by washing the sand with hydrochloric acid. The remaining sand mixture will contain many different sizes of particles. We will then run the sand through various mesh screens to isolate the particle sizes that work for us.  The final product is a fine sand that we can load into the hourglasses with the times that we choose. 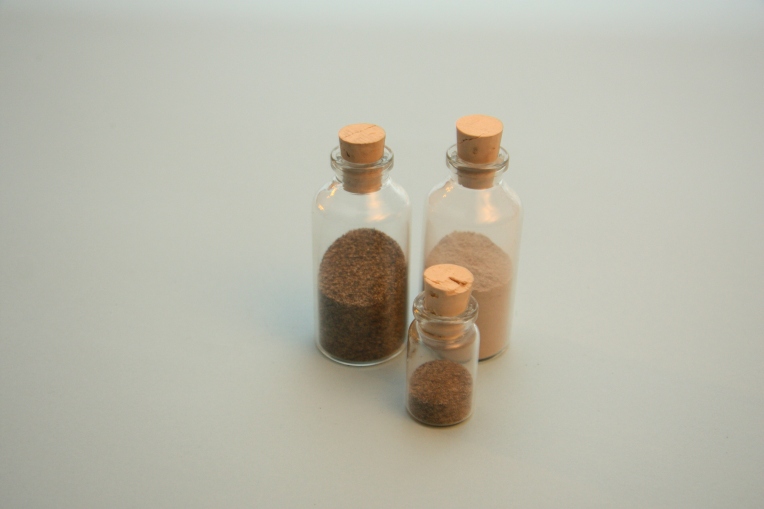 This work roots itself in making connections with the yesterdays, when the sandstone was harvested from Calgary, to the sandstone school that operated for more that 100 years and all the people connected to it, to what it has become today with its modernization and its transformation into a new arts space, and how this work will continue the legacy into tomorrow.